Hewlett Packard, better known as HP, appears to be in trouble again. The American computer giant was previously accused of hiding a keylogger-like feature in its audio drivers. It was, however, recently discovered that a keylogger was inactive in yet another HP software. This time it’s the Synaptics touchpad driver, which is said to have the potential to be used as a keylogger that can lead to a local loss of confidentiality. So, we’ve detailed how you can protect yourself from sudden attacks right away.

The keylogger we refer to has not been given any importance from HP, which quietly released an update in November, but it is potentially more dangerous than you might think. the same was dissected by security researchers and them discovered keylogger hidden in HP keyboard driver. Researcher Michael Myng found it hiding when a friend of his asked him to tweak the backlight settings on the HP keyboard.

Furthermore, the patch issued for the Synaptics touchpad driver earlier last month was found to be immensely problematic and was designated as an issue that should be addressed immediately. preset. HP acted incredibly fast upon the discovery of the keylogger, saying it was actually a debug trace, and released an update to remove it immediately.

Now what is shocking is the fact that over 460 models of HP laptops have been found infected with this keylogger software. It might be disabled at the moment, but if a hacker or notorious individual has physical access to your computerthey can get admin rights to the system and enable keylogger to store each and every future keystroke. This could pose potential privacy issues for HP users, so we recommend that you fix the breach now.

The hardware manufacturer rushed an update outside the door as soon as it was notified of the hidden presence of the keylogger on hundreds of its laptops. HP wants you to act immediately to protect your privacy, but there’s no need to panic. You just need to follow the steps that we have defined below: 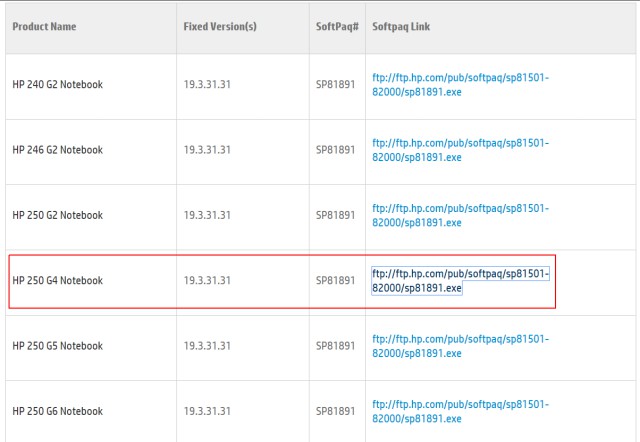 Observation: It can be difficult to look up your laptop’s model number in the long list of 460 devices, so we suggest you use Ctrl+F to search for your device and download the patch to fix the Synaptic driver.

If you own a Pavilion series laptop, the model names in the list do not include said tag, so you will just need to check the model number, ie Pavilion 250 users can search for the HP 250 to find the right patch for their device.

2. After downloading the patch (size around 180MB – 200MB) using the link next to the model name of your HP laptop, you should open the installation wizard and follow the necessary steps to install the patch. 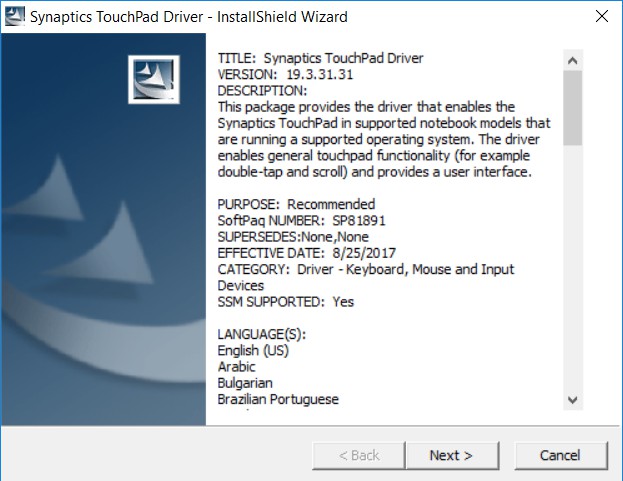 You wouldn’t see any noticeable changes on the front end, but the patch should have removed the keylogger from your laptop. It doesn’t notify you to restart your system, but it’s a good precaution to do the same.

SEE ALSO: The Best Laptops of 2017: Here Are Our Picks

Although this can be considered a serious oversight on the part of HP, the American hardware manufacturer needs to be careful not to lose the trust of its users. It has happened twice that the company has been found guilty of installing spyware and tracking software, so you will need to keep checking the software drivers added to your laptops. Also, you should instantly download the patch and update the Synaptic driver to protect your system from unforeseen hijacks and privacy breaches. Let us know what you think about mishandling user privacy and whether or not your laptop has been affected in the comments below.